I'm happy to report there is quite a bit of buzz developing in the area of Oecolampadius research. Here is a short, basic introduction to John Oecolampdius: The Reformer of Basel, by way of my recent translation of a late 19th c. biography by Theophil Stähelin. Lord willing, there will be much more to follow, from yours truly and from many others, on this wonderful first generation Reformer. Meanwhile, here is your handshake proffered. 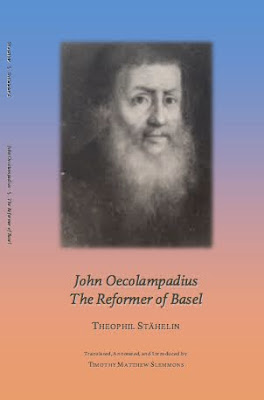 Unlike so much ordure sloshing around the media, the culture, and the internet these days, it's going on thirty years, and A Soundtrack for the Close of the Age is still the best instrumental, Christian, progressive-rock-inspired album you have likely never heard. Yes, this has aged very well, even if I do say so myself. And here we are, thirty years closer to the close of the age! 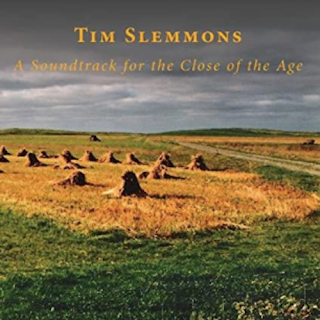 More background on this record here (though many of the links will be out-of-date).
Posted by The Year D Project at 5:27 PM No comments:

Two new releases to announce today: Elaborations of the Psalms (1—50) and The Great Western Road (CD)

The first is Elaborations of the Psalms (1—50), which I started writing back in 2005 and took up again and finished earlier this year. Over the course of these fifteen years, several of these psalms have been the focus of sermons, so their "elaborations" here will be somewhat longer; they will also dot the yawning gap between 2005 and 2020. But I have tried to maintain more or less the same voice throughout, despite various contexts and timeframes. The style is dense, to be sure, even Kierkegaardian, but I see no reason why an adult Bible study class could not or should not chew on this for the better part of a year. Better still, though, I think this style of exposition, commentary, "upbuilding discourse," or whatever it is, forces one to slow down and let the psalms do their work, so no doubt devotional time or the pastor's study— the native habitat (time and space) in which these elaborations grew up—will be best suited to reading them. The dedication gives thanks for Walter Brueggemann in acknowledgement, not only of his enormous contribution to the church, but for the inspiration his labors have lent my own far more modest program. 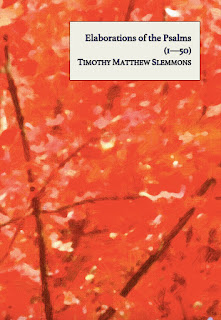 Slowing down, by the way, is among the chief spiritual benefits I have gained in my translating work as well. But it is also a quality of the second piece just released, which is my third album, The Great Western Road. Recorded (mostly) in early June, this is also my first record in nearly 20 years. Like A Soundtrack for the Close of the Age, it is instrumental, though unlike that first album, which was mostly keyboards and some guitar, this is mostly guitar, with some keys, and is more contemplative (in the style Ant Phillips' PPP series that has sustained me through the years), as will be clear from the very first track, which, if it weren't so dissonant, would remind me more of another fine meditative treatment of the psalms. After I finally got the audio files uploaded, I discovered two other records from the twenty-teens with the same or similar album title. I have not heard those albums and have no idea what style they represent. But since the title of this record comes from the eponymous guitar suite and that suite was featured in a concert (and in an intended, but never released "live album") from 1994, an "event" (such as it was) also promoted under this title, I think I can claim the oldest sell-by date, for whatever that may be worth, as well as a less urban focus (if those album covers are any indication).

No need to tell me not to quit my day job, but based on some comments I had from folks last November/December, it became clear that I could be a better steward of this material and should probably record it before I either forget how or grow too arthritic to play it reasonably well. 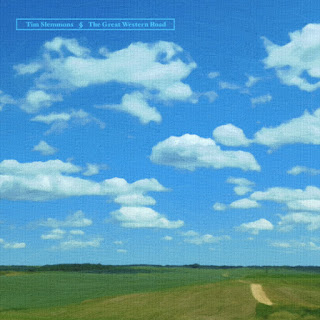 I imagine both pieces may have a pastoral function to play at this time, so it seems fitting to announce them together. "Now may the Lord of peace himself give you peace at all times in all ways. The Lord be with all of you." (2Thess 3:16)

UPDATE: Proof copies of The Great Western Road appeared yesterday, with UPC blocking some text. Grrr. Changes made and uploaded for clearer print and greater legibility.
Posted by The Year D Project at 5:58 AM 1 comment:

A Journal of the Plague Year (Curate Edition)

In a couple of previous posts (now tucked away) on Daniel DeFoe, A Journal of the Plague Year, I summarized some key points that I think preachers and church leaders in particular might find instructive or at least interesting in this, our own pandemic year. While there are dozens, if not hundreds, of editions of this classic available, some for free, I have since folded an edited version of those prior posts into a short (new) Foreword to this "Curate Edition," now available both on Kindle and in paperback. The aim behind such an edition is to offer to busy pastors both the full text of the classic in question, as well as a brief orientation to what they will likely find from their uniquely theological angle. Hopefully the new Foreword and Series Introduction, in addition to the Scripture Index already included, will advance this reprint further toward the goal of being of service to working pastors. 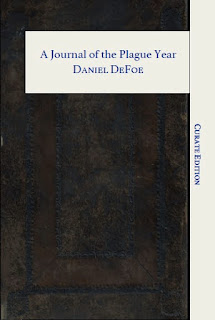 Posted by The Year D Project at 8:55 AM No comments: